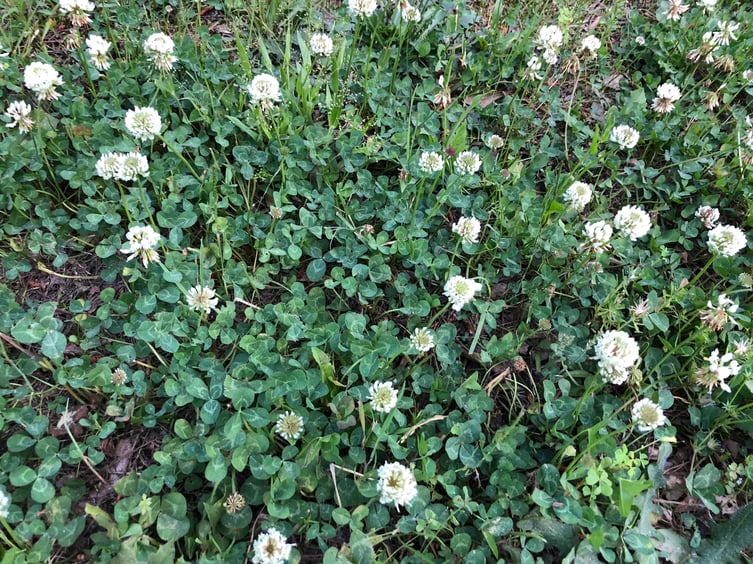 There are many types of clover, but white clover is the common clover in lawns throughout the South. Some folks even plant it in their lawns (especially in Tall Fescue) on purpose because clover fixes nitrogen, while others want to eradicate it. Isn't it interesting that some love it while others don't?

Do you see the four leaf clover in this picture? Note the lighter green or cream-colored chevrons marking each leaflet.

There are many tiny pea flowers that make up the round flower head of white clover.

Clovers are all over the place in lawns and flower beds and especially in fields and along roadsides. I plant crimson clover near the road every autumn so the neighborhood can enjoy the swaths of red flowers in April. It's a beautiful flower and now another neighbor scatters crimson clover seed in September too. Two common clovers in the Southeast are:

Learn more about clovers from these websites: 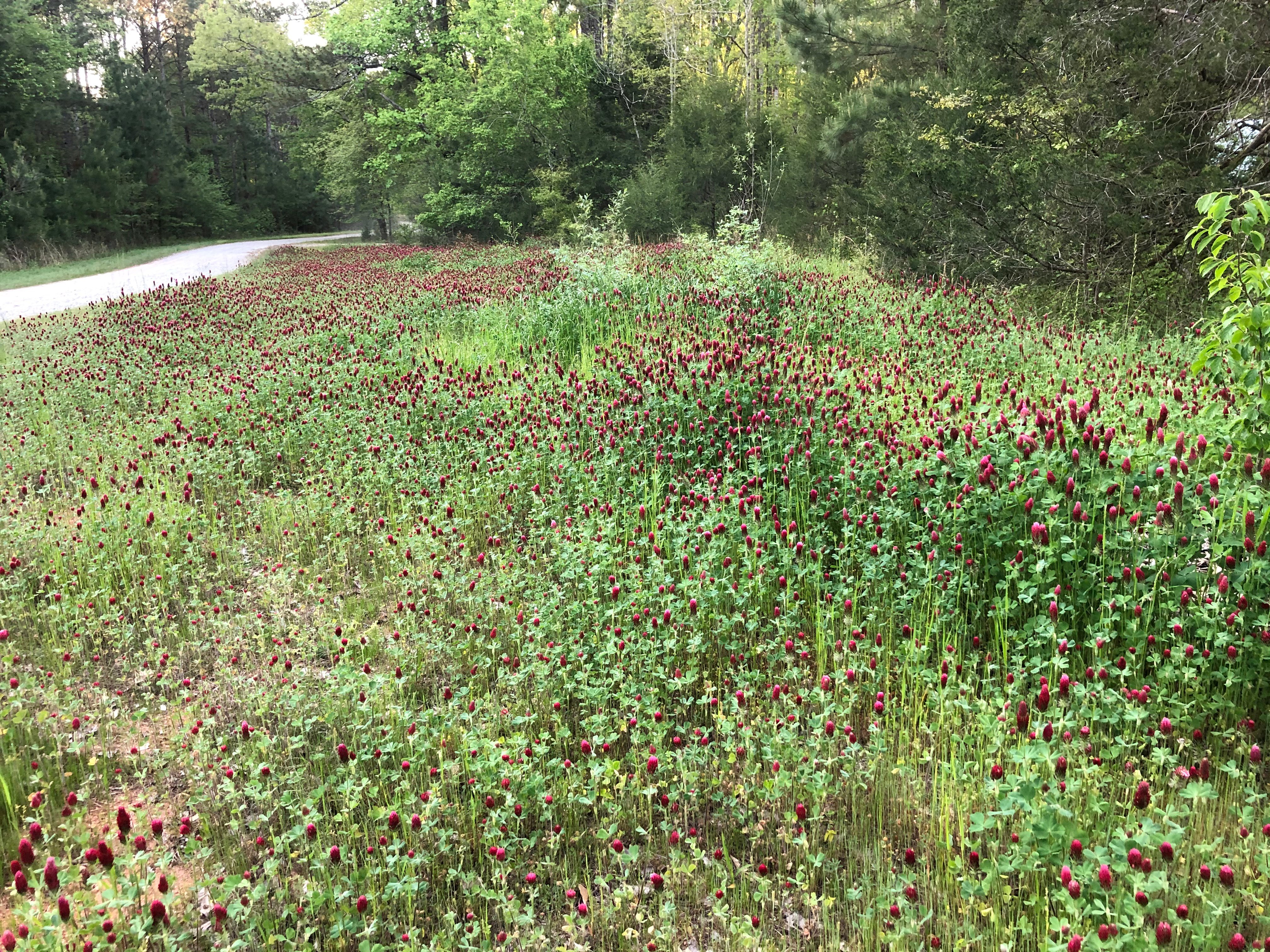 "Somebody" goes crazy planting crimson clover every fall. This is tough roadside soil because it's compacted and there's no organic matter. The verdant, dark green crimson clover in the upper right is where I planted shrubs and topdressed with Soil³ compost. The lesson is that while crimson clover will build up bad soils over time, it sure does love the good stuff too.

White clover is also edible - both the leaves and the flowers. So far in this series,  6 out 6 weeds have been edible in some way or another. Also, I see bees bumbling around for pollen on the flowers.

Bonus: Clovers fixes nitrogen. What is fixing? It's the ability of many plants in the pea family to take nitrogen from the air and add it to the soil. They do this in conjunction with bacteria that grows on their roots. For this reason, legumes are valued as cover crops to improve poor soils.

Please watch the video to learn more about the benefits of clover.

This area of my Zoysia lawn is in hardpan soil that's also in the shade, so it thinned out and clover was able to take hold during the first season of establishment. Last summer I did better at taking care of the lawn, so the lawn is much denser than it was and will suppress new populations from establishing. Now that this article is written and I have a picture, I'll be out there with my hand plow from Red Pig and I'll root it out. 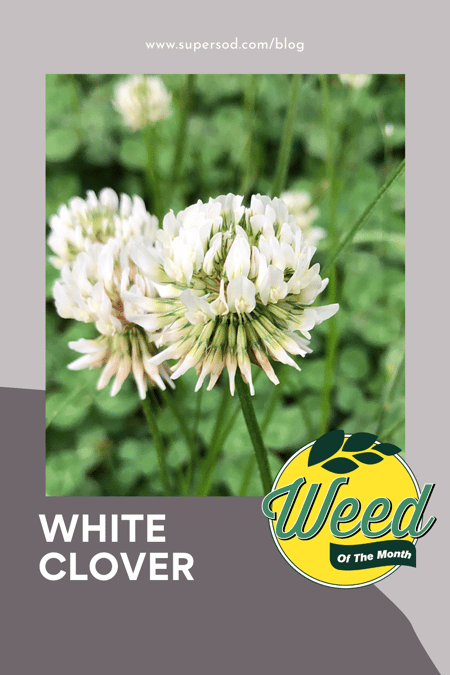