Chickweed - February Weed of the Month

While you're reading this, common chickweed is probably out there forming large mats of foliage in your flower beds and in bare spots in your lawn. Watch our Weed of the Month from February's Lawn Tips recorded live at our Gwinnett, GA store to learn how to identify it for yourself.

Chickweed grows from one center point and radiates branches all around. This is a single plant; when they grow close together they form a colony and you can't tell one plant from the next. 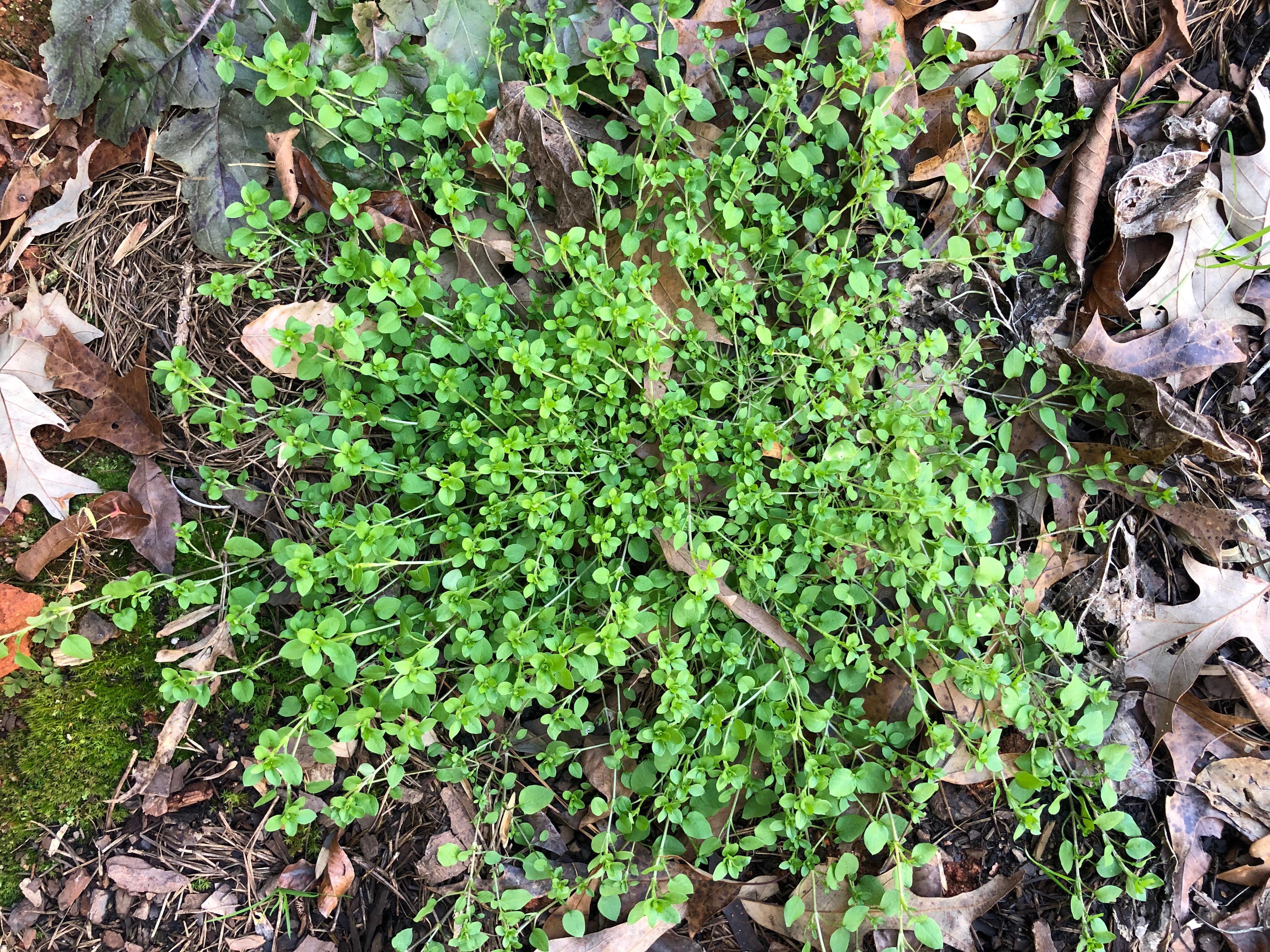 You'll also see mouse-ear chickweed around too. It's similar in habit, but its leaves are fuzzy, while common chickweed's are smooth.

Common chickweed is one of those edible weeds. Google it and look in foraging books and you'll find many recipes that use it as a "greens" replacement. My sister even fed chickweed to her pet rabbits as a treat.

Chickweeds are fast growing and there's probably a lot of this in your garden already. If you choose not to preserve it as an edible salad green, then there are three paths for eradication: