Mushrooms in the Lawn - Good or Bad?

Mushrooms, also known as toadstools, are the reproductive structures or "fruit" produced by fungi.

They develop from spores that spread by wind or other means. Those spores can lay in the soil for years until conditions are favorable, such as during warm, humid, rainy summers; at which point they grow very quickly leading us to wonder where they came from and if they're harming our lawns. 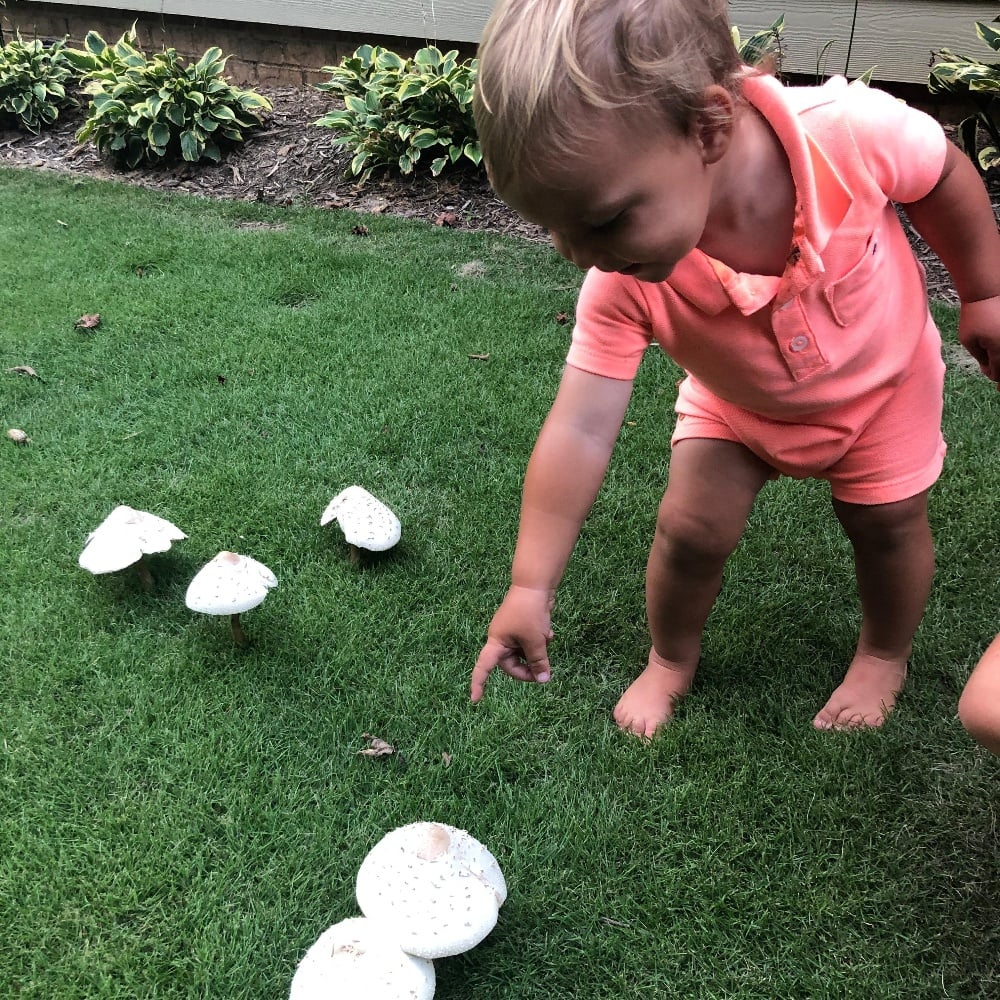 My wife saw those and asked how they got there. Then she walked away and goes, “I guess I’m going to have to read your blog!”

Why do mushrooms appear and what does it mean for my lawn?

Ultimately mushrooms develop from decaying material in the soil such as wood or even grass clippings. They break down organic matter, helping to stimulate microbial activity and give back to the turf.

Fungi need a host and a suitable environment such as warm and humid temperatures. Mushrooms commonly appear after periods of excess moisture. This just means that your soil is active and healthy.

While there are millions of types of fungi, the ones living in your lawn are usually harmless. We need these beneficial fungi to break down things such as grass clippings and roots from dead trees.

How Do I Get Rid of Them?

You can pluck or pull up by hand (we would recommend wearing gloves) or mow over them. Robotic lawn mowers do a great job of continuously mowing and nipping mushrooms in the bud so you don't even see them.

Mushrooms are usually only temporary and no need for other applications such as a fungicide to remove them. In most cases you can just leave them alone and let the sun shrivel them up.

If you want to deter them from spreading, pick or mow soon after they appear and before they open up and release more spores.

Just don’t pick them with intentions of consumption! I promise they won’t go well on a pizza or sautéed with veggies.

Are Mushrooms Bad for My Turf?

More than likely, no.

Again, mushrooms are a good sign that nature is at work in the soil.

However, there is one special case called “Fairy Ring” that could develop, but it is by no means common. Fairy Ring may occur in older lawns from a stump or other large pieces of wood (construction material) left in the soil. Fairy rings can clearly be noticed by the circular shapes they form on a lawn.

Fairy ring does not actually infect turf; rather it’s the growth of the fungi that affects the soil, causing either die-out or a flush of green, thereby indirectly damaging or simply darkening the color of turf. We explain the differences under each type.

There are three types of fairy rings, with only one that produces mushrooms. The type with mushrooms is the one you'll most likely see in old, established home lawns. 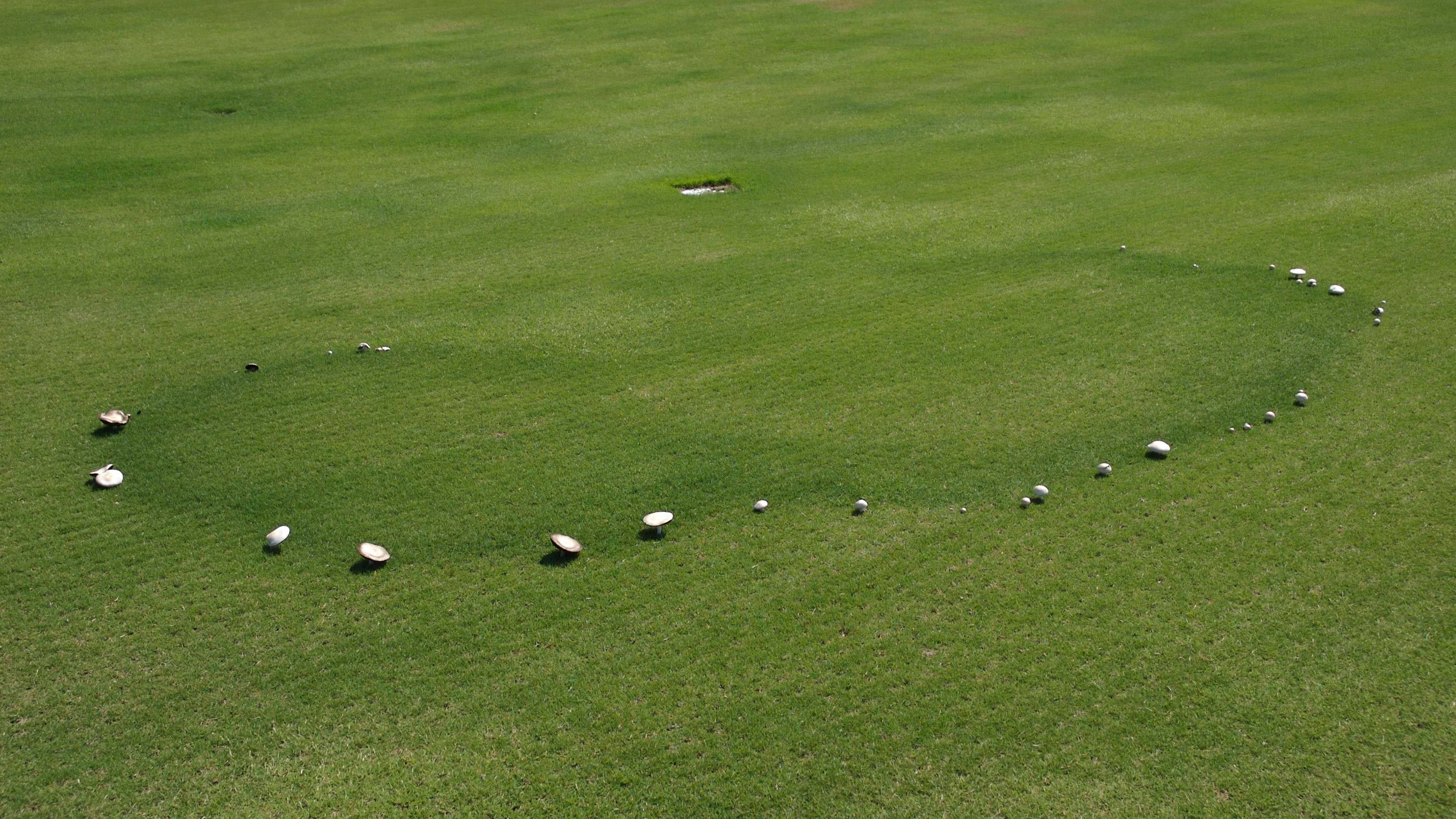 Fairy Ring (green ring with mushrooms) on Bermudagrass. This is the type you're most likely to see on home lawns. Photo courtesy of NCSU.

Steps to Take When Your Lawn Has Fairy Ring:

Fairy Ring is best prevented by removing any large stumps or lumber from lawns before planting sod or seed.

When is Fungi Bad for Turf?

In contrast to mushrooms which feed on decomposing organic matter, harmful turf pathogens or fungus in lawns work by using the live plant as a host. They encounter a susceptible plant and cause infection. Weak, unhealthy, or damaged grass is more likely at risk. It’s really no different than humans. The healthier we tend to be, the less likely we are to get sick. Fungi can enter through plant wounds, or even natural openings. The turfgrass then becomes a host for the fungi to attack.

A stronger, healthier turf can prevent bad fungi from infecting the plant while good fungi in the soil help to support the turf and outcompete the bad fungi. This is one reason for incorporating Soil³ compost into your lawn - it not only provides organic material to the soil, but adds millions of beneficial microorganisms to contribute to the overall health of the plant.

In a future article, we will address the topic of bad fungi in lawns.

According to the American Kennel Club, “The answer depends entirely on the kind of mushroom.”

There are very few toxic mushrooms, but those that are can be harmful to pets.  You can read more on the AKC article, Can Dogs Eat Mushrooms?

Think Before You Kick the 'Shrooms

The next time you see mushrooms or toadstools in the lawn, do think about whether they are bad. Think about all the good they are doing and be sure there are no inhabitants before knocking them down! 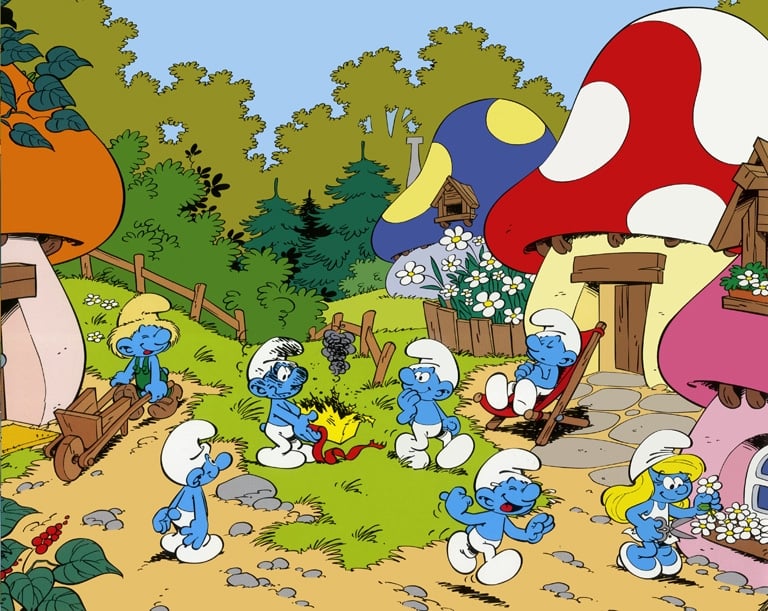 What size is my yard anyway?

Calculate the square footage of your lawn without leaving your chair